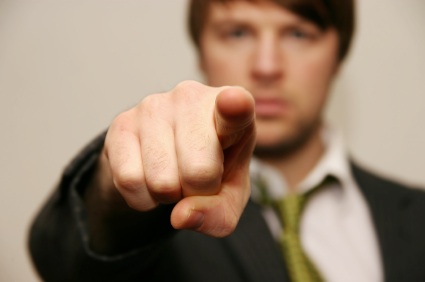 Granted, in the absence of any context and additional information, it is difficult, if not impossible, to offer an informed opinion regarding these statements. Are these accusations fair? Are the complaints warranted? Perhaps. Perhaps not. With such an incomplete picture, we can never know. What is clear however is that these expressions reflect genuine resentment, harbored by an individual who makes no effort to conceal the grudges that he bears.

It is remarkable therefore to consider the following. When God informs Moshe to prepare a second set of luchos, as a replacement for those which Moshe had destroyed, He says, “Inscribe these tablets with the very words inscribed on the first tablets – the ones that you broke.”[1]  Rather than merely communicate His instructions, Hashem takes the opportunity to “remind” Moshe that it was his (i.e. Moshe’s) personal and unilateral decision to destroy the luchos.  Surprisingly, however, rather than interpret this expression as one of resentment and disappointment, our rabbis come to the exact opposite conclusion. They regard this statement as an explicit endorsement; Hashem’s clear declaration of approval of Moshe’s bold decision to break the luchos.[2]  This interpretation however, seems quite surprising.  Would it not be more reasonable to conclude that God’s reminder to Moshe of his actions was nothing more than an expression of disapproval and denunciation?

Rav Baruch Epstein z”l [3] offers an extraordinary insight, with profound and relevant implications.  Indeed, most often people cannot resist the temptation to remind another of their missteps and indiscretions. Stating the blatant and obvious failures of another affords one a momentary sense of satisfaction and superiority. While this may very well be human nature, there is one problem; doing so is both insensitive and improper. It is unnecessary to remind a child that it was he who made a mess. It is unproductive to remind one’s wife that it was she who lost the car keys. It is pointless to remind one’s husband that it was he who forgot to remove the food from the oven. Yet, many of us are guilty of doing just this. We do so primarily because we are human and because, at times, we lack the resolve to exercise self-control, particularly at moments when our patience is being tested. Not so by God. Hashem is perfect in all of His ways and His words reflect precision and they model refinement. Therefore, argues Rav Epstein, the very fact that Hashem “reminds” Moshe that it was he who had destroyed luchos, in and of itself, proves that Moshe’s unilateral decision was met with divine consent and approval.  Had destroying the luchos been, in fact, the wrong decision, there would have been no need to remind Moshe of that which he already knew.

What a profound example of proper behavior for each of us to model and emulate. For most of us, moments of disappointment and frustration with other individuals, particularly with those who are close to us, are not uncommon occurrences. How we handle ourselves in these situations, will likely determine the extent to which we succeed in inspiring others towards genuine reflection and motivate sincere change.  The Torah [4] instructs us to emulate the ways of God. While we can never achieve perfection, we carefully study His ways, ever so closely, as we strive to model His precise and deliberate instructive behaviors.

So, the next time someone messes up and, in the process, lets us down, let us resist the temptation to remind them of that which they already know.

2 Replies to “Generous to a Fault”